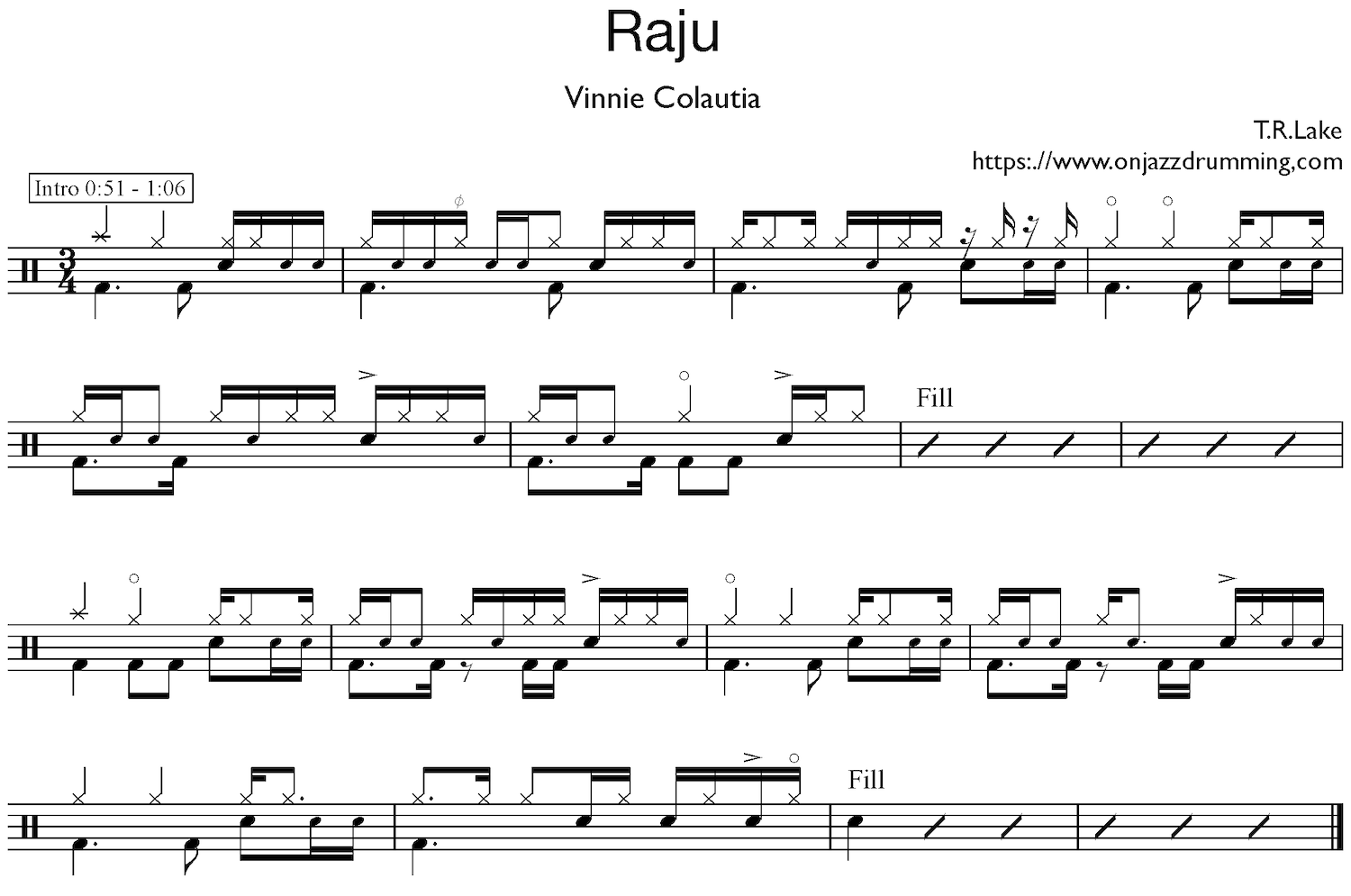 I think Vinnie Colautia is at his best when playing jazz fusion, and who better to be playing it with than the leaders of legendary fusion bands - Chick Corea and John McLaughlin.

This is a 3/4 groove from the opening track of their Five Peace Band album, called Raju, which I find to be interesting.

3/4 is perhaps uncommon in fusion, although odd time signatures in fusion are not, but what is particularly brilliant is the way the band superimposed 6/8 and 4/4 over the top of it as the tune develops.

Above is the main groove from the introduction where you can see the creative ways that Vinnie embellishes the groove, with the back beat coming on three and the bass drum playing 2 over 3.

In the PDF you will find excerpts from the first chorus of Chick Corea's solo which develops into a two bar groove that grooves especially well, and a sample groove that Vinnie settles into in the second chorus. Have a listen to the track to hear where it goes from there.

The tempos is fast, so it will take some work to play well, but it should give you ideas about playing this kind of groove in 3/4.

One thing I've always been curious about was that Brian Blade took over the drum chair in this band for some legs of the tour and his style is very different to Vinnie's, so I wondered how he interpreted the same music.

This was originally posted on "Jazz Drumming Blog" back in 2010. 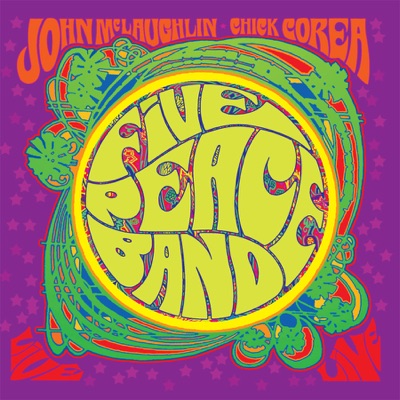