Triplet Subdivisions for fills and comping

This idea was developed from a little fill that can be found in Elvin Jones' comping, for example, especially at slower tempos.

It basically involves sub-dividing one note of the triplet, which is far less common than sub-dividing regular eight notes. You can count figure 1a as "one, two, three and" to get the feel of the rhythm.

Figures 1b. and 1c. show the two other placements. These need to be practiced slowly and evenly.

As well as being a good piece of rhythmic development, there are many ways to interpret this idea. Below are a few, including the original figure Elvin plays [Fig. 2a] and an extremely common comping idea, which should be played with a double stroke on the snare [Fig 3]. 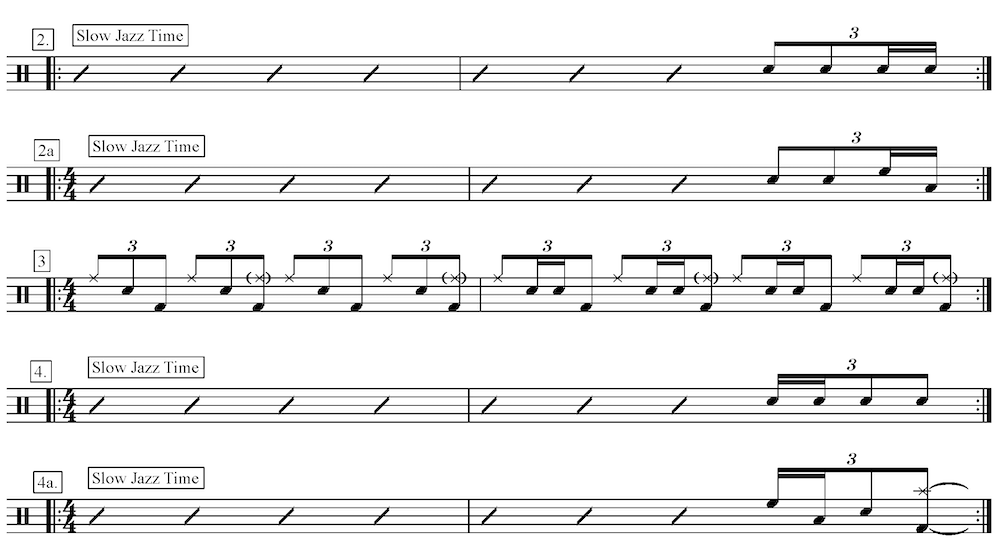 Try to find your own interpretations and applications; there are many!