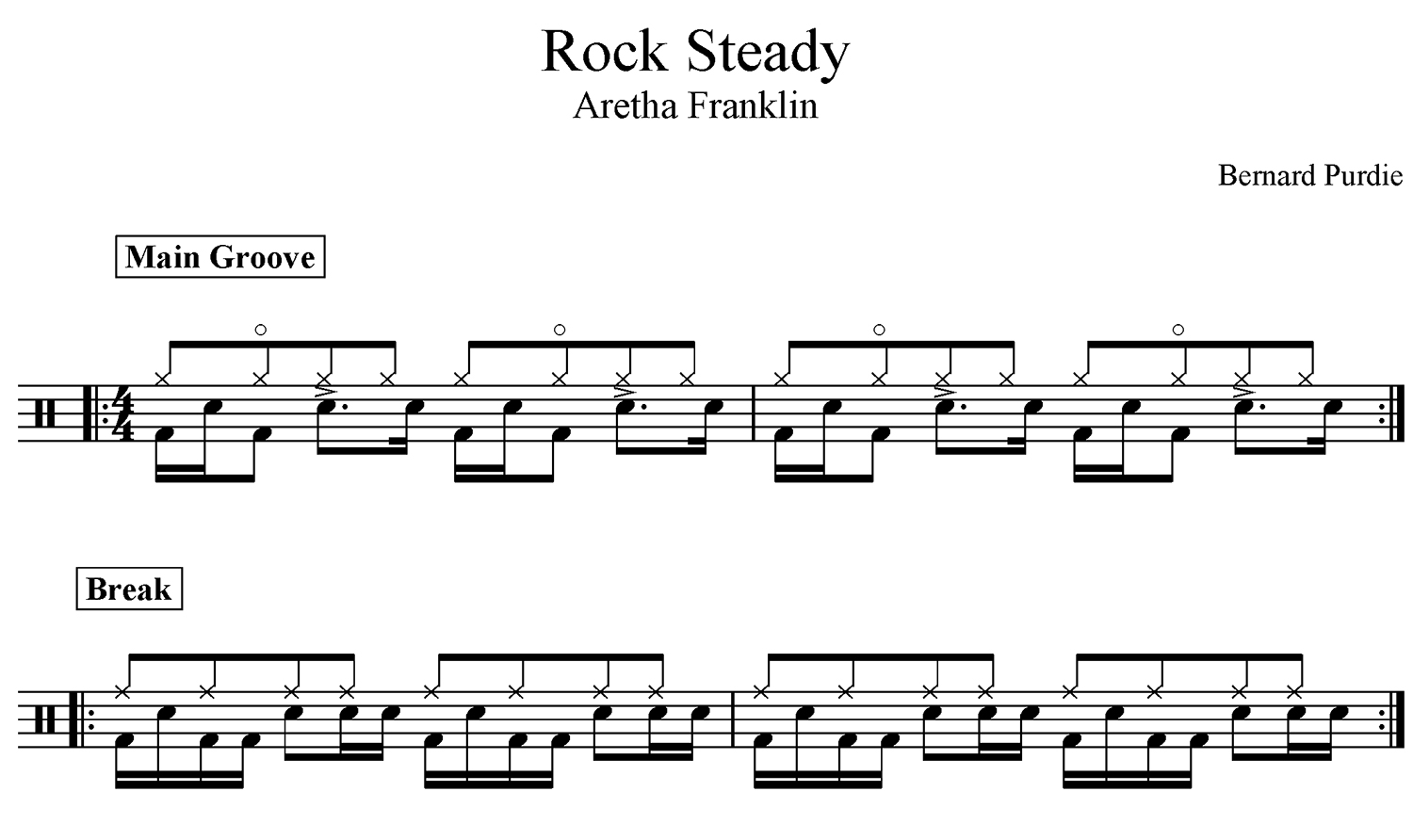 Recorded in 1971 "Rock Steady" was one of the few tunes that Aretha Frankin wrote herself. Built on a Funk/R&B groove, it was a dance record where Bernard Purdie's funky beat locks in and underpins the groove of the bass line and the guitar.

Purdie's drum groove is often found on lists of greatest drum grooves. It is not complicated to play, but requires really keeping it steady, in the pocket, and grooving. It is understated and shouldn't be too heavy. And don't rush it! Played alone it can sound a bit repetitive - it is essentially a 2 beat groove that repeats round and round - but in the context of the music it is brilliant.

Where things go to a higher level is the drum break. The song breaks down to just the drums and Aretha singing "Rock Steady". It is just four bars, but pure brilliance. The beat is based around a paradiddle split between the bass drum and the snare, and play the cymbal part on the bell.

This was originally posted on "Jazz Drumming Blog" back in 2009. 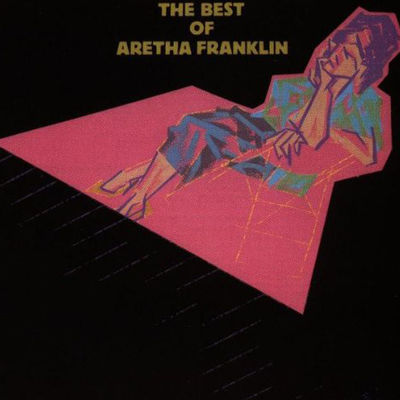