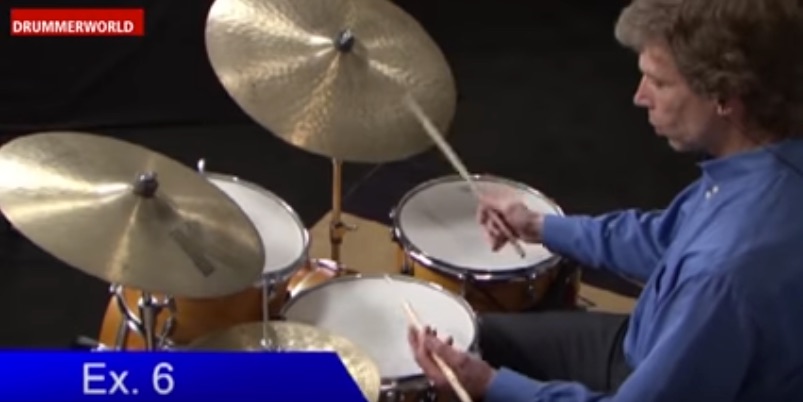 I've mentioned John Riley's headroom triplet concept in some previous posts and it has provided some inspiration for similar ideas. It is also an exercise that I regularly work on, so I thought I'd share it here. You can find the original on Drummer World with a transcription, but I've provided my own transcription of the exercises in the PDF below.

As Riley says these are not necessarily going to be suitable as musical comping figures. The aim here is to build an independence and dexterity that will help you in a real playing situation. That said, I think used sparingly and in fragments, they can yield some interesting comping ideas and fills.

One practice suggestion is to start moving the snare drum to other sounds and then move between sounds too.

It's a challenge to get the last set (F - I in the PDF), up to speed. It's a good left-hand workout!