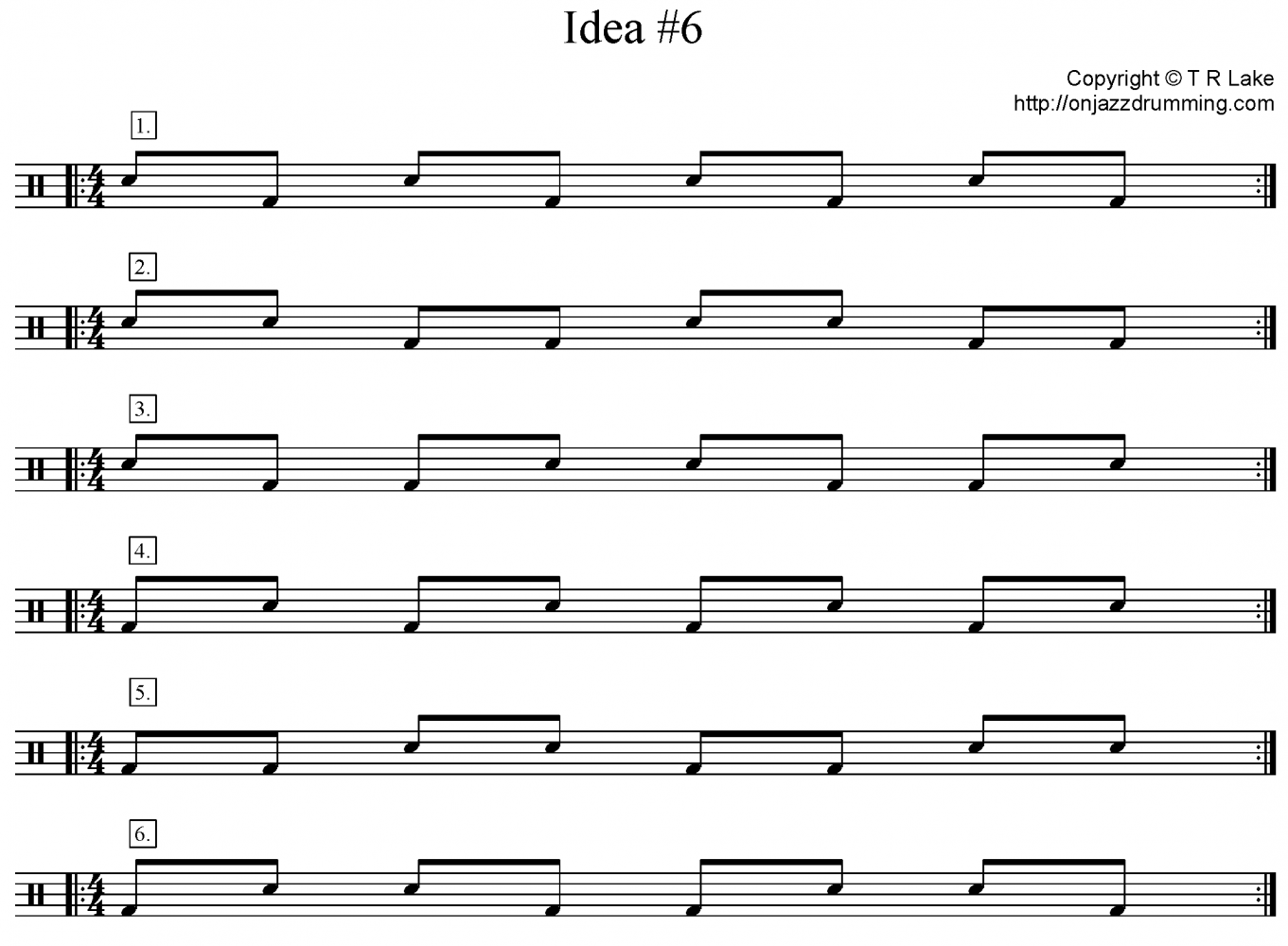 This is another idea that follows on from John Riley's "Headroom Triplets". This is "Headroom Quavers" and is basically the same principle but applied to quavers between the LH and the BD, played against the Jazz Ride Pattern. Primarily this is for up-tempo playing, say upwards of 240bpm, where the Ride Cymbal pattern starts to flatten out, and again it is mainly about co-ordination and control although one could find some musical applications.

It is worth practicing as swing quavers too at slower tempos. It is a good idea to practice the exercises with the HH instead of the BD, and then to move the LH around the kit.

Make sure of your unison sounds, not flamming between the parts. If you have trouble practice it slow with an even eighths not swung eighths and work it up.

This was originally posted on "Jazz Drumming Blog" and in the "Ideas for Jazz Drumming" e-book (no longer available). This post has been revised and expanded from the original.