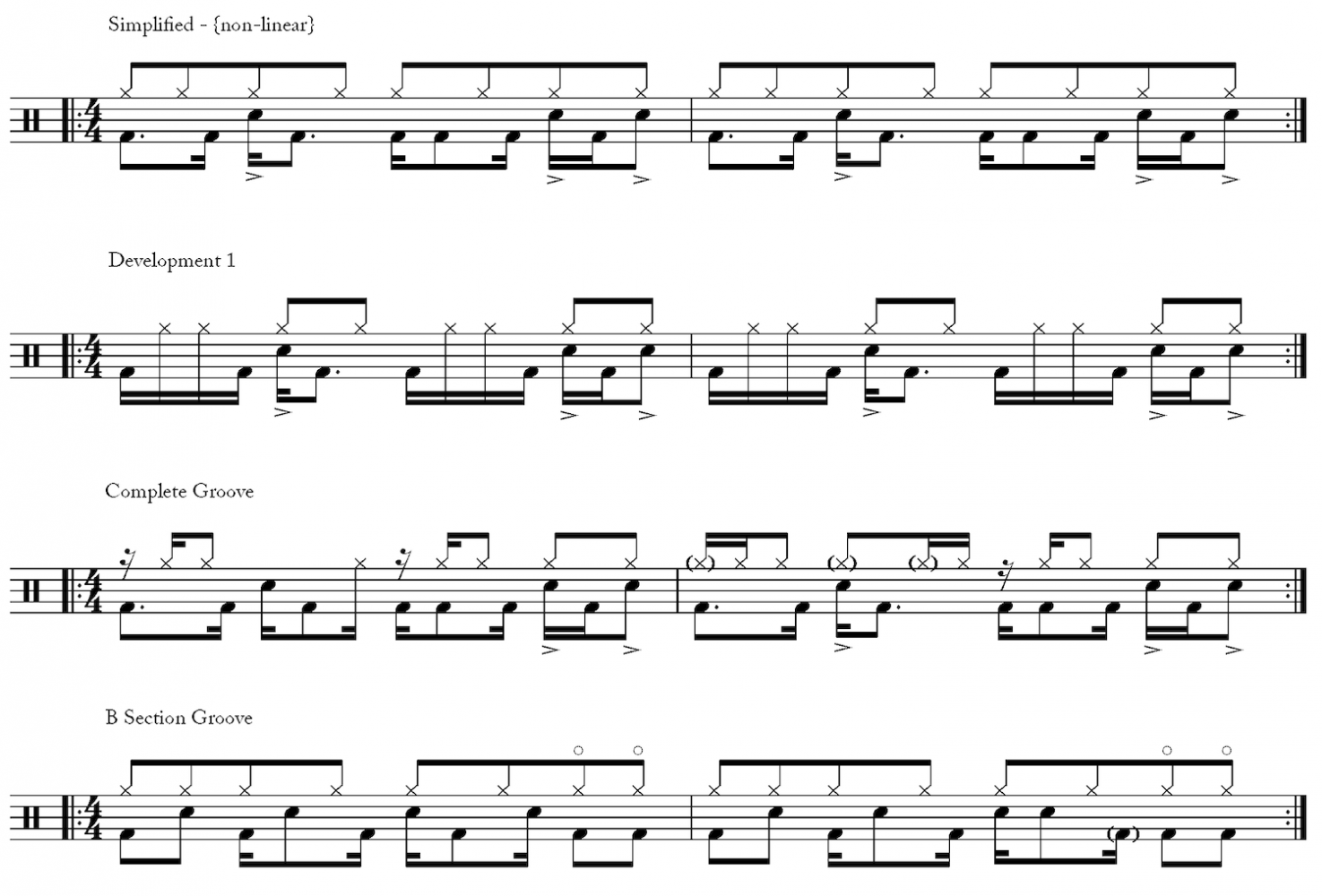 The Meters were a funk band from New Orleans, and Cissy Strut, from their eponymous debut album, is probably one of their best known tunes. It is pretty much a standard in any jazz-funk band. It's also got a fantastic drum groove.

The drummer, Joseph "Zig" Modeliste, lays down a funky quasi-linear groove. His playing influenced a whole generation of drummers with his innovative funk grooves and New Orleans second-line drumming, both of which can be found in this track.

The linear pattern of the main groove can be difficult to go directly into if you are not used to that way of playing, so I often start students off with a simplified version playing eight-notes on the hi-hat. Next, try breaking up the hi-hat, as shown in Development 1. Finally you can try to get the complete groove together. Modeliste doesn't play it exactly the same the whole time, so the bracketed notes show a few ways he varies the hi-hat patten.

The B Section Groove is basically a New Orleans second-line groove. What is transcribed is the basic outline, but Modeliste varies it quite a lot and throws in some rolls to make it a bit more interesting. Make sure you check out the original.

It's a fun groove to get into your funk jazz drumming tool kit. Enjoy. 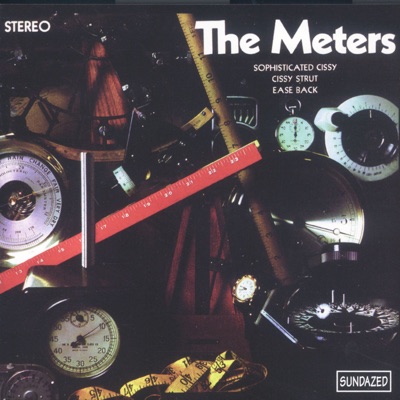