Brian Blade and Children of the Light

Brian Blade is one of my favourite drummers. He may not appear to be as technically adroit as some other drummers, but that’s precisely the point. He is probably one of the most original sounding and musical drummers around, whether that’s playing with his own Fellowship Band, Wayne Shorter’s Quartet or Daniel Lanois’s Black Dub, he’s always making music. Whatever chops and technique he has it always serves the music, and remains transparent to his musical expression. This is a model for jazz drumming to be inspired by.

I think I primarily came to Blade’s drumming through Wayne Shorter’s album “Footprints Live!”. The way he and the band played on that record blew my mind, and provided a lot of inspiration for how I wanted to play. I’ve followed the Quartet over the years and caught them live a few times at the Barbican in London. So, also being a fan of piano trios I was very interested to know that the rhythm section of Wayne Shorter's Quartet - Blade on drums, Danilo Perez on piano and John Patitucci on bass - was recording and touring as trio a few years back, calling themselves "Children of the Light". Although I didn't rush out to get the record I did recently come across this live concert of them playing at the Jazz at Junas Festival in 2017.

The original video of the concert is unfortunately no longer available, so below are two alternative videos of the trio

The concert sees them playing many of the tunes from the record but of course a bit more expansively, fluidly skipping direction entangled in interplay and embellishment of the musical themes. They are clearly very comfortable making music together.

It's always instructional to watch Blade play. His light and deft movement around the kit, the interplay of sounds and rhythms, the use of dynamics, the flow of the time that carries the music along, and his percussive expressiveness. it's amazing how fast he can switch gears and change levels, with explosive accents and textures. It's a masterclass in how to make music on the drum kit, and there's a lot to be learned from watching a performance like this one.

The music itself is also interesting. They are definitely not playing swing jazz, indeed much of it is straight eighths, and it's not as free as we've come to expect of them with the Wayne Shorter of late. There's a lot of groove based material built around interesting rhythms and slightly angular sounds, perhaps partly reflecting Danilo Perez's Latin latin roots. The music also seems quite composed at times, as it develops through different sections, while still allowing space for improvisation and taking musical risks. It makes for a quite different take on the piano trio from what Vjay Iyer or Robert Glasper are doing, perhaps reflecting reflection the experience and intelligence of its members. They take the time to develop and express their musical ideas, without a pretence or need to prove themselves.

Take note and be inspired. This is what great jazz sounds like. 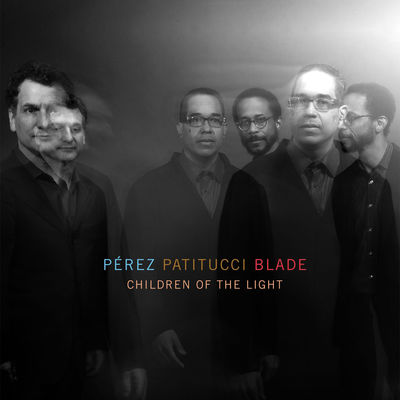 Children of the Light