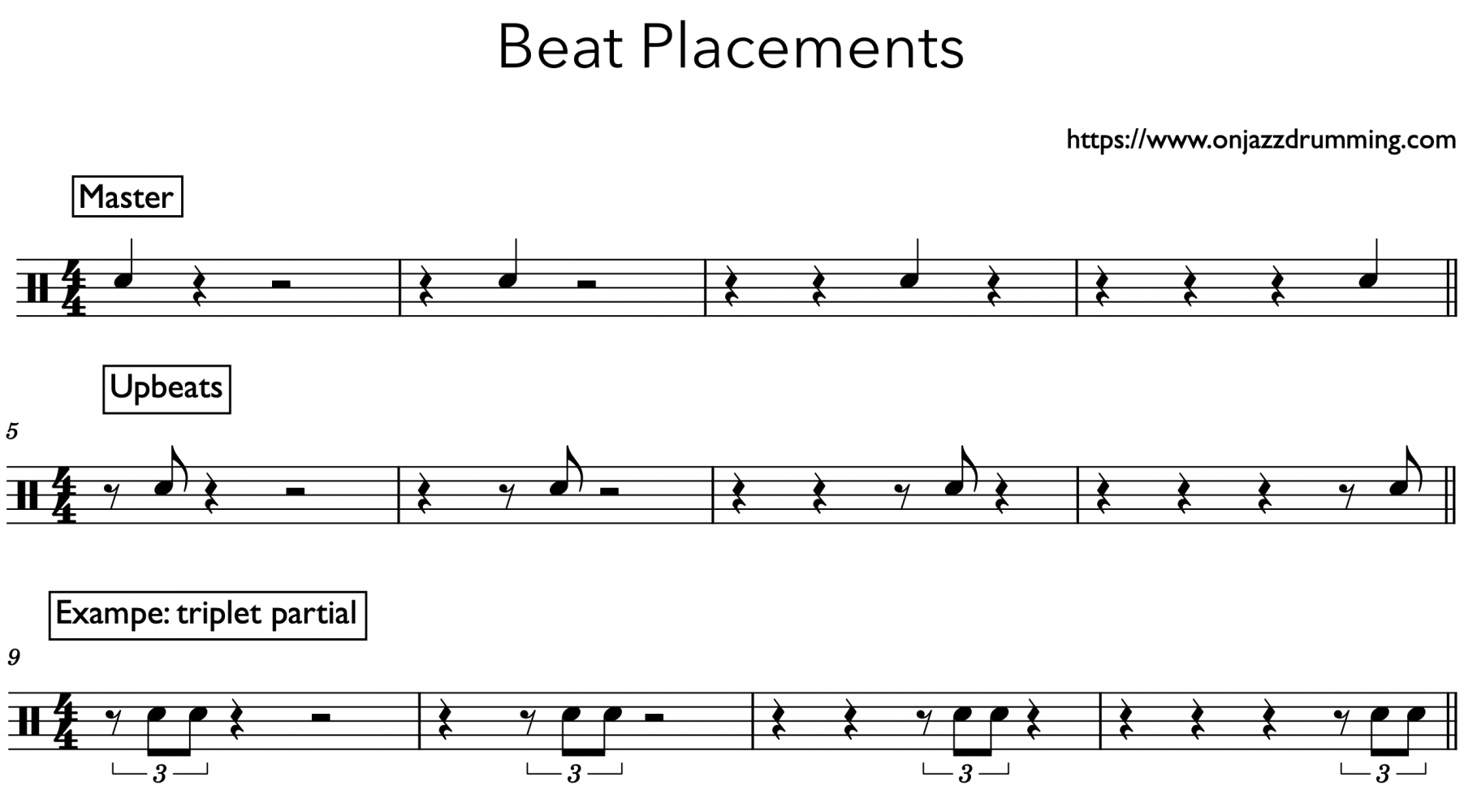 This is a deceptively simple but extremely powerful system for practising that has endless applications. The Beat Placements cover all the possible places within a bar that you could play a figure. Once you understand the principle you can use it to work on any figure, and then to combine those figures into phrases.

The master sheet covers all the downbeat placements within standard 4/4 time. That is sixteen placements, starting with one beat per bar and ending with four beats per bar, plus of course, no beats per bar.

In the picture above, you have the first four placements, the equivalent up-beat placements, and an example of putting a triplet partial into the placements. You can download the full worksheets below.

In principle, you play jazz time and then practise putting any one-beat comping figure in each of the positions, playing each position until it's comfortable. This is a systematic way to work on your coordination and build your vocabulary.

You can also cross-pollinate the bars into two, four and eight-bar phrases, combining them in different ways. For beginning jazz drummers, I recommend working on the master page and the up-beat page, both on the snare drum and then the bass drum. After that, you can work on one-beat eighth-note figures that combine the snare drum and bass drum.

Do the same with triplet partials, and snare drum to bass drum voicings, and you'll quickly have a strong basis for jazz drumming comping.

If you take a book like Studio/Jazz Drum Cookbook, which has a lot of comping figures that last two or three beats, a good idea is to use the first four placements so that you work on starting the figure in every position. You'll notice they sound and feel a bit different.

As Beat Placements, this idea was introduced to me by British jazz drummer Trevor Tomkins while I was at the Guildhall School in London. You can find a similar idea, but used and deeply expanded in a different way, in Jim Blackley's Syncopated Rolls.

I hope you will find this an extremely useful concept and method for practising jazz drummers and developing your drumset creativity as I do.