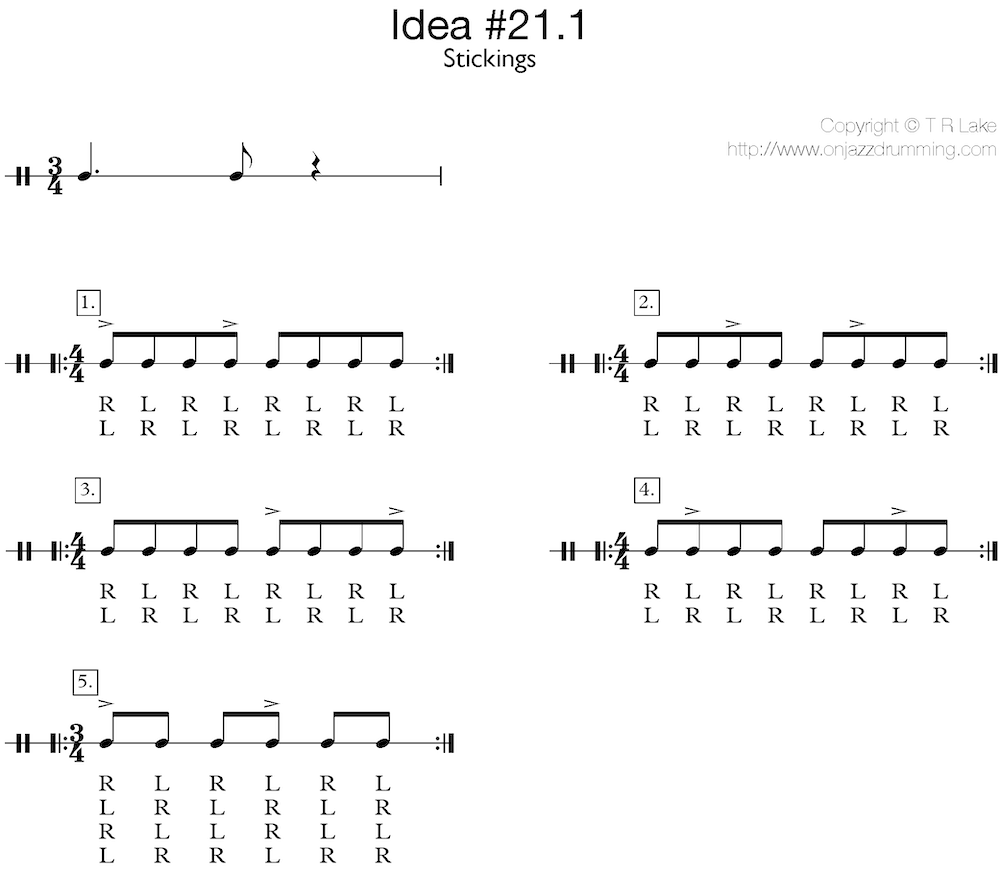 I originally wrote this in response to some other posts around the web regarding an Elvin Jones Lick from "Pretty Brown" on the Album "Elvin!"

I felt it necessary to explain this simple phrase above.

There is a huge danger among drummers to think in terms of number of beats or notes, to think in an overly very technical way, but this is a mistake. Music is about sound, and rhythm is away of dividing sounds in a musical context to give it shape; so the shape or sound of a phrase is always the most important part.

More than that, it is exceedingly unlikely that Elvin Jones thought "Brilliant! I am dividing this 9 beat phrase into a group of 5 and a group of 4" rather he just played what he felt probably because it was what he wanted to express in that musical moment.

Thinking about the number of notes or beats can be a valuable way in when transcribing, listening or practicing, but in the end what is important is to actually understand the deeper underlying rhythmic phrase. Once this is internalised the technical aspects of interpreting it become secondary to self-expression.

After all that, above is this simple but very powerful figure consisting of a down beat and the up beat of the next down beat; beat 1 followed by the "and" of beat 2. This is so common in jazz language and the simple tension and release is what makes it so powerful.

Here are a number of exercises that place the figure in different parts of the bar, first as 8th notes then as triplets. For Fig. 4 and 4A start the phrase on beat 4 i.e. don't play the first up beat the first time. Pay special attention to Figs. 5 and 5A where this figure is placed into a three/four bar. You must try to sing the accents as you play them; imagine it is a big band playing the figure!

Once comfortable you can start to experiment with placing the accents on different sounds - toms, cymbals etc.

Focus on the musical phrase and not the sticking. (Play the 8th notes straight and swung.)

The full set of exercises are in the PDF.